The The Berserker Mini V1.5 is the new and improved sequal to the popular RTA by Vandy Vape.

This 22mm Mouth to Lung tank provides a superb flavor and a smooth restricted vape that is probably one of the best in its price bracket. A simple single coil build deck uses two solid Philips head screw to hold down your coils and a bottom adjustable airflow that flows under the coil directly up in to the chimney section.

The short chimney helps to retain the warmth that you want when MTL vaping and gives you a fantastic flavor hit from your favorite liquid of choice.

The Berserker Mini is going to be the perfect RTA for people looking for more of a traditional less cloudy method of vaping while still being able to have the freedom and performance that comes with rebuildable tanks.

We verify all reviews are genuine. Please make sure your read our review policy before leaving your review.

Thank you for submitting a review!

Your input is very much appreciated. Share it with your friends so they can enjoy it too!

One of the best MTL's i've tried

As the title says, you can't go wrong with this one as it has perfect airflow control and it's realy easy to use. On the top of everything the flavor is blasting on this one ! Good buy ! 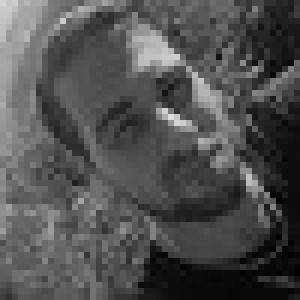 I brought a tank and a juice from grey haze. The tank was fine and correct but the juice wasn't the flavour. I ordered. The delivery came a letter signed by the person that picked it and by someone to check it, assuming it's a manager of some sort. Really wasn't that annoyed but they keep on sending me emails to leave a review, so here you are.

My first RTA ever but I daresay not my last!

This RTA is my first foray into the world of rebuildables. I have up until now been using a Nautilus 2 and a Zenith tank. I found the deck straightforward to build on and am getting good flavour. Though not a dramatic improvement on the stock coil tanks (my wicking technique is very early days!), I'm very happy with this tank and am already considering another in the stainless steel. Thanks to Greyhaze from a very prompt service with good communication around shipping updates.

Flavour from this thing is great, its not one for the cloud chasers out there. Combined with an MTL coil, im using a staggered fused clapton i made my self in 30 gauge ni80 fused with 38 gauge at 17 watts and some nic salts, this little gem is more than capable of sating all of your nicotine cravings. Stealthy enough to use in places you probably shouldnt be vaping such as the office or in doors, if vape in a true mtl style dont expect big clouds, there is a similar amount of vape exhaled as a standard cigarette. I have this sitting on top of a geekvape nova as i dont have an 18350 mod as of yet but this tank would not look out of place no matter what you put it on. Elegant looks and a true MTL style nobody can argue with. Sadly the version i received does not come with the ultem section as advertised in the listing, nor does it come with a replacement glass section so treat it with care.

Product added to the cart

×
Product has been added to your wishlist.
You can view your wishlist by creating or login account.
Please create account through "" email.
Login Register
12